Remote Work Is Changing Tech Salaries In The Era Of Coronavirus 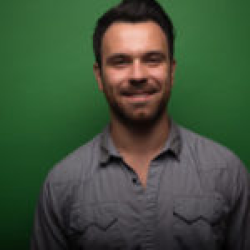 High pay, the California dream, and snack bars are just a smattering of images that pop in your head when you think of software builders working for big-name tech companies in California. Twitter, Google, and LinkedIn have created this image of a collaborative, comfortable working environment. The Kind Bars and matcha lattes with coconut milk have evaporated as employees stayed out of the office to combat the coronavirus.

Tech workers have been fleeing the Bay Area for a reprieve from the exuberant cost of living. At the moment, they are receiving the same pay as they would in the Bay Area. Will that change at the end of the coronavirus pandemic? The Magic 8-Ball doesn’t have an answer for you, but Facebook might.

Software Engineers, data scientists, and project managers are smart people. They know relocating to a city with a lower cost of living will make their dollars go further. Ideally, these workers can produce as much as they do in the office, possibly more. Some tech companies, including Facebook, are threatening to equate their employees’ salaries to the cost of living in their new hometown. This might change the minds of those considering leaving; it also affects those who are just entering a tech job.

Did I Waste My Time Learning to Code?

The software engineers who just finished their coding bootcamps might feel they are in a conundrum. They pursued a tech career in part because of the higher pay. Is that higher salary in jeopardy? It’s tough to say. On the plus side, since many companies are adopting permanent work-from-home policies, you won’t have to relocate to a pricy city like San Francisco.

If you do live in New York or San Francisco, two of the cities with the highest costs of living in the US, it is still worthwhile to learn to code to get a job in tech. App Academy has coding schools in both cities. People are leaving these cities; at the same time, rents are dropping faster than anywhere in the country.

Whether you are on your fifth tech job or looking for your first one, companies are still looking to hire the best. Pay rates will continue to be competitive as the top companies entice experienced software engineers.

Permanent work from home might benefit you if you don’t live in a major tech hub. Whatever your reasons for staying in your current city, jobs exclusive to the Bay Area might be open to applicants from across the world. Learning to code will still be a worthwhile cause regardless of whether you are working from home or in an office. Software engineers generally have high salaries, irrespective of where they reside.

The average salary of a software engineer in Atlanta is about $99,000. While that is about $15,000 less than a similar position in San Francisco, the cost of living in Georgia is dramatically less than the Bay Area. The bottom line—tech salaries are still going to fetch large salaries. Atlanta coding bootcamps provide career change possibilities for those wishing for a job in tech.

Technology is continuing to disrupt traditional businesses. Healthcare, warehouses, and even fast food are victims of technology taking away jobs. These innovations aren’t exclusive to California; they are happening in cities, big and small, across the country. Not all tech jobs are at high profile companies. Many are startups or smaller companies in industries that aren’t as public, like business-to-business companies (B2B).

These businesses might be developing programs to improve the efficiency of solar panels or creating apps for insurance agencies. Developing coding skills can open new doors in your current profession. Your current job might also leverage you against other applicants because of your unique experiences.

Coronavirus might have altered the way we work, but in times of change, there are opportunities for those who seize them. Most learning is happening online for safety reasons, which gives you, no matter where you live, the chance to learn all you need to change your career. There might not be a free snack bar spread in your home office, but a career in tech will offer a higher salary than the average for your hometown.